Startups and MSMEs expect from Government 2019

India is a fastest growing startup hubs in the world. At the time of Union Budget 2019, Minister Piyush Goyal was told that India had climbed to the second spot in the list of largest startup hubs.

"We are now building a new India and the first thing to end in this new India will be this caste system that holds us back and divides us. From here on there will only be two castes - one caste is poor and the other caste is of those who will contribute in every smallest way possible to help those who need to be brought out of poverty." - Prime Minister Narendra Modi
at BJP headquarters in Delhi

The outcome of 2019 elections has removed a big uncertainty. Therefore, in the eyes of foreign investors, if that was one obstacle in committing larger funds or immediate funds, there can be a little bit of more clarity on financial matters such as fiscal discipline and interest rate cuts.
If there’s something that startups in India wish, it’s for the government to build startup/tech hubs across the nation. Reinstating this fact, Keshav R. Murugesh, Group CEO, WNS Global Services and Chairman, NASSCOM BPM Council, stated:

“We expect the government to create a startup or tech center where there is a free flow of capital and talent with easy visas and no taxes. International talent (high tech and marketing talent) should find it easy to do work in India in these centers and repatriate earnings without taxes.”

If the 100% tax rebate on profit for three years in a seven-year period (under the Startup India initiative) could be increased to five years or so, startups could easily meet their working capital requirements during the initial years of their operation.
As for statutory compliance law (TGS, GST, etc.) issues pertaining to lack of funds, the government could lend a helping hand to startups by indirectly financing them, or by allowing delayed payments without interest. Acquiring raw materials in a cost-efficient manner is a challenge for many small startups and MSMEs. These steps by the government could create a major impact on the Indian startup ecosystem.

Based on the BJP’s manifesto and interim budget could benefit the most in the year. We believe India allocation from global funds will increase.

There is now hope that the new government will have the ability to pursue the economic reforms initiated in the past five years. Such a strong mandate should ensure continuity of policy, undertake further structural reforms and likely boost business and consumer sentiment. 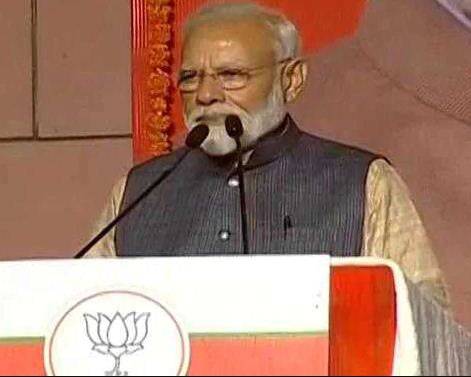